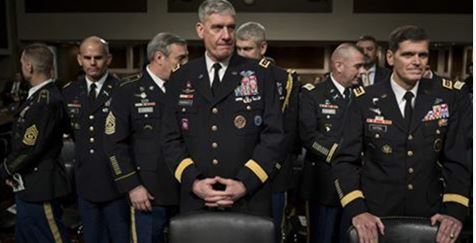 The media has done everything they can to portray Donald Trump as a villain. Unfortunately, many people with experience have started publicly backing his message, and acknowledging he could be just the type of leader America needs.

According to recent reports, 88 retired U.S. Generals and Admirals wrote an open letter, claiming they support Trump and his “commitment to rebuild our military, to secure our borders, to defeat our Islamic supremacist adversaries and restore law and order domestically.”

“As retired senior leaders of America’s military, we believe that such a change can only be made by someone who has not been deeply involved with, and substantially responsible for, the hollowing out of our military and the burgeoning threats facing our country around the world,” the letter reads. “For this reason, we support Donald Trump’s candidacy to be our next Commander-in-Chief.”